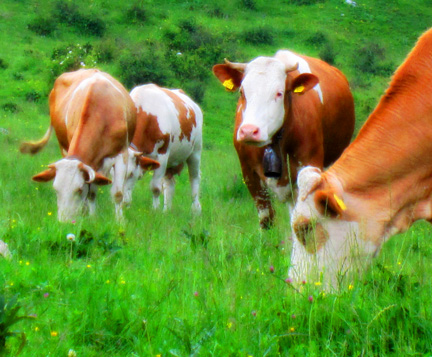 Germany has had a rough time.

After enduring the darkest winter in 43 years and floods from record-setting rains, the country has just experienced its worst hit yet.

Worse even than the great Nutella heist in which a 5 ton shipment of Nutella was stolen on its way to store shelves.

Germans can’t function without their daily dose of the chocolate-hazlenut spread.)

But now… the worst has happened.

Germany has lost its longest word.

Because it was outlawed.

It means: Law on the transfer of monitoring duties for labeling beef.

Of course it does. What else would it mean?

At 63 letters, it beats out the longest word in English (pneumonoultramicroscopicsilicovolcanoconiosis) which boasts a mere 45 letters.

So why is  Rind…whatever-the-heck-it-is  no longer the longest?

It has to do with a law created to protect consumers from mad cow disease. The European Union repealed the law, hence the word is now defunct.

Fortunately, there is a solution. The reason Germans have such long words is because theystickabunchofsmallerwordstogether to make one big one. They call them tapeworm words.

So the hunt is on to find Germany a new longest word.

We are now taking nominations!

Click here if you want to find out how the last word to hold the honor was pronounced.